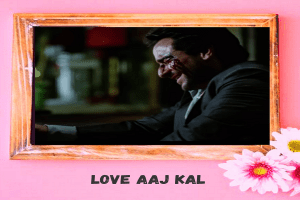 One night when jai was roaming on road and suddenly some thugs arrived and they mugged jai ,and take away all the things ..money,watch,ring.  And he gave all the things but then they ask for the photograph of  Meera residing inside his wallet..even after all this time … Jai refuse to give the photograph. They beat him..they beat him close to death but jai didn’t give them meera’s photograph..

That moment..he realized that he really loves Meera. It was Meera whom he was missing so much from all this time. And then he said seeing her photograph.. Meera ye tum thi….ye tum thi…ye tum kar rahi thi. To work in The golden Gate Inc was his dream  but he lost interest in job..He met even psychiatrist. But even she couldn’t find out the reason behind Jai’s depression. But seeing her photo.. Jai realized it was not the work pressure, nor the new city.. but the absence of Meera, Which was troubling him so much.

This scene just Portrait that how little things matter in life. How the absence of someone can change your mood..way of living. How deep that absence  can cut down  your soul. How much you miss their little things in day to day life. This scene just scream that hold onto your soulmate..no matter how hard it gets.

This site uses Akismet to reduce spam. Learn how your comment data is processed.

Any cookies that may not be particularly necessary for the website to function and is used specifically to collect user personal data via analytics, ads, other embedded contents are termed as non-necessary cookies. It is mandatory to procure user consent prior to running these cookies on your website.